Addicted to flying… for the thrill of the chase

January is a relatively slow month for me, so I often take advantage of my traveling cyber-office to chalk up a few miles to kick off the new year. This year, wanderlust got the best of me as well, which resulted in a three phrase extended mileage run that would set down on five different continents. This first leg would afford the opportunity to spend a day in the fabulous Therme Erding, then fly directly from Germany to Bangkok (first time on an Airbus 380 = WOW!)  where I was able to check out a couple places I’ve been eager to see for a travel writing project. Then finally, Bangkok back to New York City, where I could shower, have a good meal, then regroup for the next leg. This is also the trip that put me across the 1.5 Million Miler mark. No Award from United for that, but it’s half-way to something!

Most fun of all: This itinerary took me all the way around the globe. First time I’ve ever done that! Not quite sure how your body figures out what’s going on in terms of day and night, but it seems that mine has.

Mileage accrual on this trip: 26,007 PQM (But not all on United metal)

A snowy walk in the Erding park 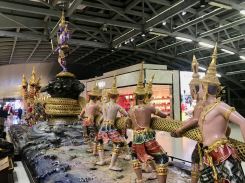 The commuter train to Thailand! 🙂

Around 2/3s of the world 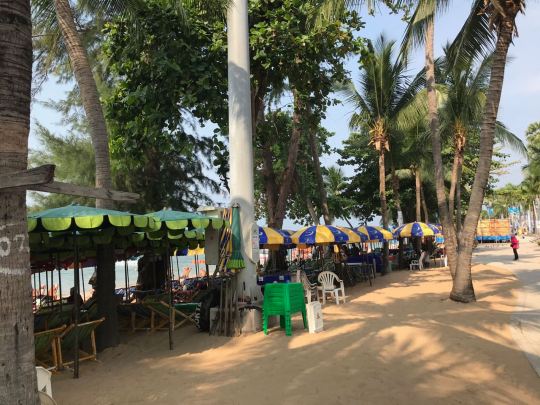 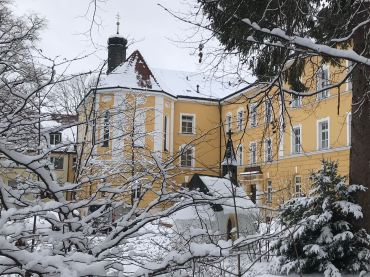 My little house in Thailand

The train station at EWR 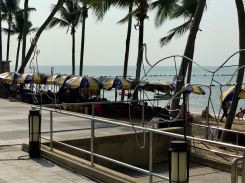 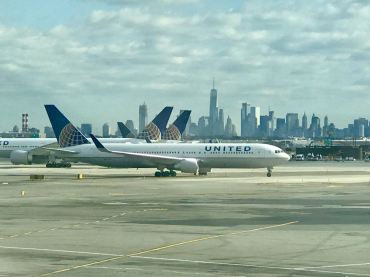 Decorations at the Munich S-Bahn station

Old and new in Pattaya

The next leg takes me from NYC to Europe (for business) to South Africa (for fun) then back – through Europe to EWR. That report coming soon.

You can also follow my travels on Instragram: @mileagerundan

Who is the Mileage Runner?

This is my blog about mileage running. If you don't know the term, it refers to flying a trip simply to accrue the miles or better your status with a particular airline. It's an elaborate game that borders on the eccentric. But last I heard, you only live once. I also keep another blog about naturist travel - a niche market, to be sure, and not for the faint-hearted if you're squeamish about nudity. But between mileage running, and naturist travel, I've discovered some pretty interesting corners of the planet.
Follow The Mileage Runner on WordPress.com

From my other blog…: The Meandering Naturist

A New Naturist Haven in Thailand

Authors Note: This may be my longest travel report I’ve written to date. You may just want to read the first half, which is typical of my rants and raves about naturist travel. The second half gets a bit more pragmatic, in the spirit of “the best vacations are the ones where you don’t use […]

Naked With My Therapist

I’ve been absent from the blogosphere as of late. In fact, my last post dates back to early September, before life became a bit overwhelming, and blogging about nakations seemed a little less urgent than everyday life. Among other challenges, this has been a time of loss with the passing of relatives and friends – […]

Following a busy summer of European Travel – a few weeks for business, then a few for vacation travel – it was pretty jarring to return home to the oppressively humid days of the northeastern USA where my administrative job awaited me with an insurmountable to-do list. The previous weeks had scarcely required me to […]